With the introduction of kilowatt-level fiber lasers in the early 2000s and their subsequent integration into cutting tools in the late 2000s, fiber lasers have transformed laser cutting from a niche method to a mainstream fabrication process. Since then, fiber lasers have dominated the laser cutting of sheet metals because of their ease of integration, reliability, low maintenance, and low capital and operating costs versus prior laser technology, high cutting speeds, and the possibility of scaling up their power. The laser cutting market has grown more than 10 percent annually in the past decade, more than double the rate of other profile cutting processes. 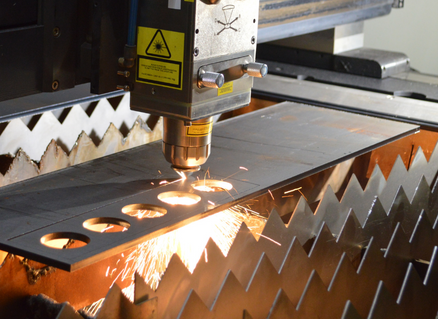 In recent years, the fabrication industry has seen rapid adoption of ultra-high-power (UHP) fiber lasers in the range of 10 to 40 kW for cutting. By following state-of-the-art laser cutting systems each year on FABTECH’s exhibition floor or in its educational seminars, one would have noticed that the maximum power available for cutting has dramatically risen from 6 kW in 2016 to 40 kW in 2022, a nearly sevenfold increase in six years. In the past three years alone, the maximum laser power on cutting systems has jumped from 15 to 40 kW. The fast pace of UHP laser developments has continued this year, led by two notable recent developments: The availability of the 50-kW fiber laser for cutting and its testing in the field; and the release of high-efficiency UHP fiber lasers with electrical efficiencies of more than 50 percent, which offers significant energy savings for high-power cutting applications with high-duty cycles.